Heaven's Vault is a video game set in an imaginary science fiction universe in which you play Aliya Elasra, an archaeologist searching for Janniqi Renba, a missing colleague. She finds herself on the trail of an ancient civilization and its language, their remains scattered throughout the "Nebula", a world fragmented between different "moons".

Creation of the project

- First of all, how did you get the idea to do Heaven’s Vault?

Jon Ingold: We started with two words; SPACE ARCHAEOLOGY. We’d never played a space archaeology game, and it appealed to our interest in adventure stories, and post-colonial narratives, and exploration, and characters, and deduction… but it took a lot longer for us to figure out what we wanted to do with the idea!

- The main mechanics of the game are based on understanding and deciphering the writing of the Ancients. Why did you want to make a game of this type rather than a game with more classical mechanics, in the vein of point'n click or action-oriented games?

JI: The core for us in all our games is the storytelling: we want to make a world which is busy, and rich, and ultimately human. But the mechanics of most games very human at all – they’re about running, jumping, shooting, turning switches and knobs… so we’re always looking for ways the player can interact in a world that reinforce and develop that core humanity.

That made the idea of deciphering a language seem like a perfect fit for us. The discoveries you make are about people; every “puzzle” is something written by someone, who had something to say. But also, the people writing might be lying – they might be mistaken, or deluded. And the way they choose to write things – the way the language itself is built and organised – tells you something about the people as well! All in all, it seemed like an incredibly rich idea to explore.

- Why did you want to develop a complex, rich and coherent s-f universe rather than a game rooted in history, or in partnership with museums?

JI: We wanted a sense of wonder and discovery, but we also wanted players to be unsure about what they discovered. We wanted people to develop contradictory or confusing theories as to exactly what happened when. We wanted people to never be quite sure if they had gotten the history right – because that’s what real history and real archaeology is like! Everything is about guesswork, and deduction, and the best theory so far.

If we’d set the game in real history – in Egypt, say – then we’d have been asking players to discover things they might well already know! We needed to make a whole new history to explore to give people a way into understanding what archaeology is like when you don’t have decades of research and scientific consensus behind you!

- How much development time does a game like Heaven’s Vault represent? And how is a development team managed on such a project?

JI: From start to finish, the game took about four years, and at the height of the project there were eight of us – mostly artists, building out the physical space that you explore in the game.

- Have the complex archaeological and linguistic aspects changed the way you work?

JI: Not really! We’ve always been story-first – which in our case means, content first. So the writer lays out the script for an environment, figures out what will be translated, what possible mis-translations and confusions we can support, and details to the art team what the environment should look like; and then they get building. After that there’s a lot of back-and-forth, as new ideas get integrated into the main flow, and the when the environment is built it affords lots of extra interactions. But primarily we figure out what the story might be, and then get the game to mak that happen.

- The originality of your game is based on learning how to write, which is at the heart of the Heaven’s Vault experience. How create an artificial language?

JI: It took a long time, and a lot of attempts, but ultimately we were driven by the desire to make something that people could play. So the language ultimately had to be very logical – to be built of concrete components that combine in interesting ways – it had to be fair, but idiosyncratic; full of detail and nuance. Because that makes a language that you can actually deduce as you play! Real languages are a mixture of this kind of logic, and a lot of arbitrariness, because languages are very very old. Trying to make a real language playable would be pretty difficult.

- The game, despite its roots in original science fiction (navigation in the flows of the Nebula, robotics) is very realistic for its linguistic part and its archaeological approach. Did you involve experts and professionals in the development? Did you consult them to show them the result?

JI: We did a bit of consulting here and there, to get ideas and check them over, but a lot of it came from our own backgrounds. My father is an anthropologist and as a child our house was always full of academics – linguists, ethnographers, geographers – and so I grew up around that kind of people and that kind of discourse. The idea of archaeology as a negotiation with the present day world about the past, rather than simply gallivanting around in the desert treasure-seeking, is one I’ve been familiar with for a long time!

- You show a desire for realism in the treatment of research, in the characterization of your personages, in the openness and finesse of the mechanics of thought around the civilization of the Ancients. It seems that Heaven’s Vault wants to arouse interest by systematically taking the counterpart of the usual video games on archaeology. Is this a real will on your part to make your mark and produce an "anti-Tomb Raider"?

JI: Yes, that was deliberate. During the early stages of development, while we were still working out what the game was going to be, we wondered about including more Tomb Raider elements – switches, and blocks, and secret doors – but the more of the game we wrote, the more ridiculous those elements seemed! And as we realised the heart of the game was trying to understand what places were, rather than trying to survive them or traverse them, then a lot of those ideas just fell away.

So the end result I think is more a game inspired by archaeology, which is very different than Tomb Raider only because Tomb Raider doesn’t, really, have anything to do with archaeology.

- The gaming experience leads to thinking only with fragments of the Ancient civilization, and reveals the lore only in a fragmented way. The exploration and puzzle mechanics themselves are part of this effort. How have the methodologies of archaeology, history and ancient linguistics (mainly focused on thinking with fragmentary data) impacted the implementation of these mechanics?

JI: From the beginning we were really clear on one idea – archaeologists can never be “right”. And we loved that. Games are constantly telling us ‘you’ve won!’, ‘you’ve mastered it!’, ‘you’re now level 6!’ They exist in this fantasy of being able to win, to be correct, to be finished. And the world isn’t like that, at all. History isn’t like that. It’s a best guess on available evidence and it’s always up for debate. (And people have an appetite for debate: if only all the people who waste their time on Flat Earth theories got interested in the really open questions of science and nature!)

So for the lore and the worldbuilding we had two core pillars: firstly, that we knew exactly what the true history of the Nebula was, we knew exactly what had happened to whom; where, when and why – and secondly that we would never, ever tell the player the whole story. Both of those had to be true to make the game work.

- Video games using historical and archaeological elements are booming at the moment (Assassin creed, Kingdom come, ...). This phenomenon is becoming a real marketing argument. Do you think it's important that video games become a vehicle for the expression of research and science? Is there a risk of losing the playful aspect?

JI: Play is just another word for exploration, really, and games have always been about exploring things – spaces, cause and effect, whatever. I don’t think we’ll lose playfulness. What I do think we’ll lose – and we should lose – is the idea of “success” and “failure”. They aren’t nearly as necessary or interesting as a lot of game designers (and game players!) seem to think they are. But we can have perfectly fascinating, playful experiences, where no one ever wins, or loses. And that’s useful to remember when thinking about educational games, I think; because a good education isn’t about learning answers but about discovering ways to think.

- Do you think that this type of game will continue to be attractive to the public in the years to come, or is it more of a fad than a genre in itself?

JI: I have no idea. I don’t see interactivity in content going away any time soon, but I do think there are still very few great examples of educational and scientific games, and games being quite expensive to make means that won’t change quickly.

- Does Inkle want to continue on this path of realism within fantastic universes?

JI: We’re always doing different things! So our next game, Pendragon, is a strategy “board-game”, something like a simplified version of Chess, but where the pieces are characters and they talk to each other, and have relationships as they explore their world. It’s based on Arthurian myth, and is out Sep 22nd.

- The reception at Heaven's Vault was very good. Did you anticipate that your realistic and complex mechanics could have created so much originality?

JI: It’s always hard to know what to expect – and different audiences have different reactions. A lot of game players told us they didn’t like Heaven’s Vault, because they couldn’t figure out if they were winning, or doing it right, and they kept feeling they were missing things. A lot of archaeologists told us they loved Heaven’s Vault, for precisely the same reasons. But I do believe if you make something, and you pour love and thought into it, it always ends up at least interesting, and sometimes there’s a chance that it’ll be good, too!

- Is a return to the HV universe envisaged, in the more or less long term?

JI: No, I don’t think so. I love that world, and I miss it as a writer! But I think we told the story we wanted to tell, and created a world that players can return to over and over again if they want to. So now it’s time to try a different direction…

- Finally, do you have a game to advise us?

JI: As always, it depends on what you find interesting! But some recent things I’ve enjoyed personally are Astrologaster, a funny game about being a 15th Century “doctor”, In Other Waters, a game about underwater xenobiology, and Before I Forget, a short game about the experience of dementia. 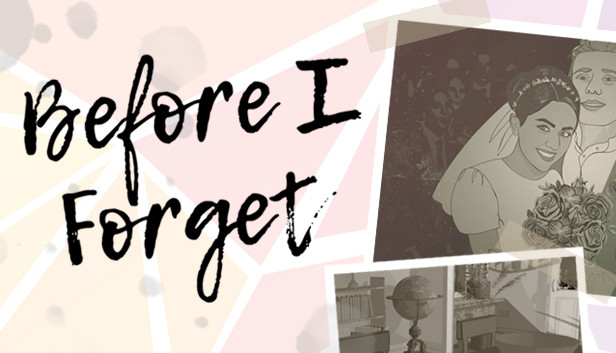 Find the different games of the Inkle studios on their website : https://www.inklestudios.com/